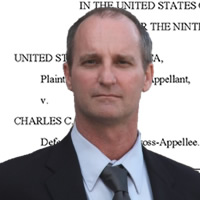 January 2023 Court again re-schedules McIntosh hearing in USA vs Lynch for August 7, 2023. Government pushes the blame off to Lynch for all his delays in hearings in the past.

February 24, 2015 Charles Lynch filed Appropriations Act, 2015 Section 538 Motion to end his prosecution for operating a medical marijuana dispensary in 2006. The series of Government and Lynch motions follows with most recent first.

SEC. 538. None of the funds made available in this Act to the Department of Justice may be used, with respect to the States of Alabama, Alaska, Arizona, California, Colorado, Connecticut, Delaware, District of Columbia, Florida, Hawaii, Illinois, Iowa, Kentucky, Maine, Maryland, Massachusetts, Michigan, Minnesota, Mississippi, Missouri, Montana, Nevada, New Hampshire, New Jersey, New Mexico, Oregon, Rhode Island, South Carolina, Tennessee, Utah, Vermont, Washington, and Wisconsin, to prevent such States from implementing their own State laws that authorize the use, distribution, possession, or cultivation of medical marijuana.

March 27, 2023 will mark 16 years free loading Federal prosecutor David Kowal has spent trying to lock up Lynch for petty marijuana crimes he did not commit. I did not send Abe Baxter to sell a pound on the street. Meanwhile more that Half the entire nation #cannagarchs build ill begotten schedule I empires operating in Felonious violation of federal law at RICO levels because THC>.3% still schedule I.

March 27, 2023 will mark almost 16 years free loading Federal prosecutor David Kowal has spent trying to lock up Lynch for petty marijuana crimes he did not commit. I did not send Abe Baxter to sell a pound on the street. Meanwhile more that Half the entire nation operates in Felonious violation of federal law because THC>.3% still schedule I.

Lynch's Motion to enjoin Government from spending in ongoing Prosecution was submitted July 19, 2022 in USA vs Lynch

Free Federal Public Defenders file a Motion to enjoin Government from spending more money in USA vs Lynch based on the Appropriations rider Section 538-542 2015-2022. Expert Witness This email address is being protected from spambots. You need JavaScript enabled to view it. concludes:

Federal Prosecutors having hard time locking Lynch up so now they going after his business model saying he was not a non profit and was making millions. Now they putting Lynch on State Trial in Federal court to see if Lynch was following state law 15 years ago.

Lynch said "what a bunch of crap!, These free loading Pot Nazis at the Department of Justice have spent 15 years, 25% of my life, and 55 Million taxpayer dollars trying to lock me up for petty marijuana crimes I did not commit. Congress has created a nation of un indicted drug felons without constitutional rights 2 or 10 in federal court because THC>3% is still schedule I. Cannagarchs like Willie Nelson, Mike Tyson and Jay-z are busy building ill begotten natioal schedule I empires while others locked up for years for much less. This is not a battle in racism as some claim. Mike Tyson and Jay-z profit from a schedule I drug, its more a popularity and power contest. DEAHQ wont fk with Mike Tyson the guy who bites off ears, beats up people on Air planes and sells THC laced Gummy Ears he'd kick their ass, and Willie Nelson who sells weed nation wide under Willies Reserve he would write a song about em and Jay-z well... Some folks much too popular to prosecute and we can see that same treatment when it come to Donald J Trump. Hell prosecuting Trump for tyring to overthrow the US Government and elections could cause civil war, but it's ok to prosecute Lynch for 15 years. America home of the #potnazis and #cannagarchs. Get these free loading #potnazis at the Department of Justice off my prosecutorial back.

July 21, the Great Senator Chuck Schumer submitted the Cannabis Administrative Opportunity Act which would probably end Lynch's 15 year case and expunge records and restore constituional rights of millions across the nation. These acts let all those walk away with thier ill begotten schedule I empires but at this point and all along all I want is my/our freedom.

Follow Charles Lynch's rants on Twitter at This email address is being protected from spambots. You need JavaScript enabled to view it.

Lynch's Motion to enjoin Government from spending on ongoing Prosecution due July 14, 2022 in USA vs Lynch

There will be no further continuances. IT IS SO ORDERED.

McIntosh Hearing Schedule CONTINUED to September 2022 in USA vs Lynch

McIntosh Hearing Schedule CONTINUED to Februrary 2022 in USA vs Lynch

McIntosh Hearing Schedule CONTINUED to April 2021 in USA vs Lynch

McIntosh Hearing Schedule CONTINUED to 2021 in USA vs Lynch